It’s Week 5!!! This week’s recommendation is ‘On the Home Front: The Cold War Legacy of the Hanford Nuclear Site’. 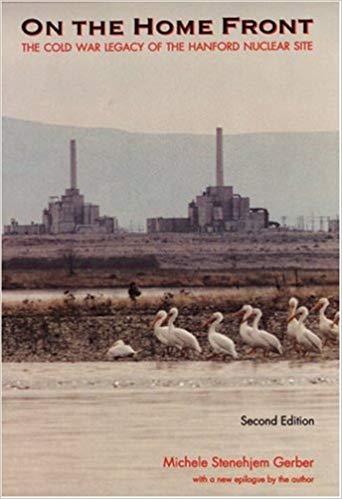 On the Home Front published in 1992 and is considered the only comprehensive history of the Hanford Nuclear Site, America’s most notorious plutonium production facility. Located in southeastern Washington State, the Hanford Site produced most of the plutonium used in the atomic bombs that effectively ended World War II. This book was made possible by the declassification in the 1980s of tens of thousands of government documents relating to the construction, operation, and maintenance of the site. Some considers On the Home Front provides a detailed history and commentary on the first twelve years of the Hanford cleanup project—the largest waste cleanup program in world history. If you are someone who loves fact and figures, then this book is for you.